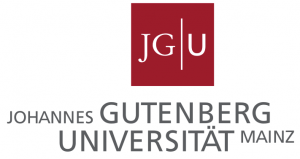 The Physics Department at the Johannes Gutenberg University (JGU) at Mainz is one of the most prestigious and accomplished Physics Departments in Germany and internationally. There are several institutes associated with the Department, including the Institute of Physics (including the QUANTUM group where Prof. Budker – a co-PI – leads his research group), the Interdisciplinary Spintronics Research Group, the Nuclear Physics Institute, the Nuclear Chemistry Institute (home of a TRIGA nuclear reactor), the Mainz Microtron (MAMI) facility, the Excellence Cluster PRISMA dedicated to PRecision physics, fundamental Interactions and the Structure of MAtter, and the newly formed Helmholtz-Institute Mainz, where the Prof. Budker is the leader of the atomic-physics section, with close connections to the FAIR/FLAIR facilities at GSI (Darmstadt). A new state-of-the-art building for the Helmholtz Institute is being currently completed, which will spaciously house the PI’s laboratories, offices, and will be equipped with modern teleconferencing facilities, interaction spaces, and visitor offices. The Physics Department has a dedicated fully equipped mechanical workshop for the instrument construction. Furthermore, the Physics Department of JGU and HIM have been implementing internationalization strategies including (apart from intense international research collaboration) instruction in English and inviting foreigners to lead some of the organized research units. International exchange is additionally facilitated by the Helmholtz Visitor program.

Prof. Dmitry Budker leads the Budker group in Mainz. Their research is focused on testing fundamental symmetries of nature in experiments that utilize the methods of atomic, molecular, and optical physics. This includes:

These efforts incorporate elements of elementary-particle and nuclear physics, solid-state physics, and physical chemistry.
The group is affiliated with Helmholtz-Institut Mainz, Excellence Cluster PRISMA, and the JGU PI QUANTUM.