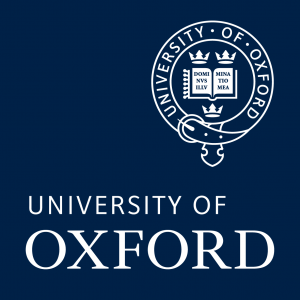 The University of Oxford is a world-class university both in teaching and research, and the recent REF2014 exercise confirmed that Oxford Chemistry has the highest volume of world-leading research in the UK. According to the outcome of the REF 2014 assessment published December 2014, 49% of the research profile submitted by Oxford Chemistry was regarded as 4* world-leading quality. The Department has not only the highest volume of 4* research of any UK Chemistry department – by some margin – but was also judged to have the top research environment. The Impact of the department’s research outside academia is also highly rated with over 55% in the 4* category. The Department has over 75 individual group-leading academics and over 500 post-doctoral and graduate student researchers. The experimental work relating to this proposal will be carried out in the Physical and Theoretical Chemistry Laboratory (PTCL), which has a long and successful tradition in experimental and theoretical gas phase chemistry (Brouard, Clary, Eland, Hancock, Mackenzie, Manolopoulos, Ritchie, Simons, Softley, Vallance) and is equipped with first rate electronics and mechanical workshop facilities with vast experience in these areas, vital for laser use and development and the proposed technical extensions to the signal-reversing cavity ringdown polarimetry.
In addition to advancing the technical capabilities of CRDP, OXCHEM will also apply these extensions to two areas of study, namely the preferential uptake of amino acids and other biomolecules onto mineral surfaces, and the phenomenon of laser induced nucleation and crystallization. As shown in the description of the participating researchers given below, the OXCHEM team has significant experience in all three areas: Professor Grant Ritchie (GADR) in the development of cavity enhanced optical methods and optical tweezing, Professor Donald Fraser (DGF) in the area of biomolecule adsorption at mineral surfaces and Richard Cooper (RIC) in computational crystallography. While this multi-faceted project requires full-time postdoctoral research assistance, the Ultrachiral programme will also be augmented by the efforts of a number of final year Masters students. The entirety of the final year of the Oxford MChem course is devoted to a single research project (known as a Part II) and over the last decade, for example, GADR has supervised 25 such projects (several of which whom have gone onto pursue postgraduate research). GADR and RIC will commit to supervising six Part II students over the lifetime of the Ultrachiral research programme, as they conduct a mixture of experimental and computational projects within the workpackages defined.

Led by Grant Ritchie in Oxford, the group applies optical techniques to explore and exploit the way light interacts with matter. Their experiments include spectroscopic analysis of gases, photolysis, and reaction dynamics, as well as manipulation of colloidal systems using optical tweezers. The group brings to the project their invaluable and extensive experimental experience in cavity enhancement of weak absorption signals from dilute vapours.